How long can famous people get away with dismissing criticism as ‘bullying’ from ‘haters’?

In 2013, actress Jada Pinkett Smith wrote a long, widely circulated Facebook post that started with the question: “Are we bullying our young artists?”

Smith explained she was troubled by hateful Internet comments about A-listers such as Taylor Swift, Justin Bieber and Rihanna. “I was trying to differentiate cyber-bullying from how we attack and ridicule our young stars through media and social networks,” she wrote.

She raised a valid point, even before social media became the increasing nightmare that it is today. Celebrities remain as vulnerable as anyone to online harassment, including “Star Wars” actress Kelly Marie Tran, who faced abuse as the franchise’s first woman of color in a leading role, and “Saturday Night Live’s” Pete Davidson, who endured hate after his relationship with Ariana Grande.

Six years later, famous people continue to raise concerns about bullying — except sometimes, they co-opt the concept as a way to dismiss meaningful, legitimate criticism.

The topic crops up repeatedly on social media, and got a boost during the Kevin Hart controversy earlier this year. In January, Hart sat down for an interview on Ellen DeGeneres’s talk show, and discussed dropping out as Academy Awards host after he declined to apologize for homophobic jokes and tweets from years earlier that had resurfaced. Hart cast the outrage as a “malicious attack” on his character by “trolls.”

DeGeneres agreed. “There are so many haters out there,” she told him. “Whatever is going on in the Internet, do not pay attention to them.” The interview sparked backlash against DeGeneres for absolving Hart when many were offended by his comments, but some cheered him on. William Shatner tweeted, “I agree with what Ellen said. THEY win if you don’t do what your heart wants because of their bullying. Don’t let them dictate you & your life. Host the Oscars.”

[Don Lemon delivers emotional message to Kevin Hart: ‘This is the time to hear other people out’]

By “their bullying,” Shatner was apparently referring to angry commenters. However, plenty of observers were rightfully troubled by Hart’s refusal to apologize for his past tweets, which included him saying that if he saw his son playing with a dollhouse, he would “break it over his head,” and a joke in his stand-up set about how one of his biggest fears was his son being gay. (Hart said he has apologized multiple times, though there is little record of that.)

Discussing the Hart-DeGeneres interview on Twitter, writer Maria Tallarico tweeted, “Once celebrities figured out they could call any criticism of them ‘bullying’ the game changed.”

So how long can they get away with this strategy? Celebrities have always craved a scapegoat for negative publicity, such as blaming tabloids or paparazzi, but in an age when the culture is especially sensitive to bullying, blaming bullies is an effective tactic. In a cover story for Elle earlier this month, Taylor Swift wrote that she was the target of an “online hate campaign” in 2016, when Kim Kardashian West called her a “snake” on Twitter. “It would be nice if we could get an apology from people who bully us,” Swift wrote, without naming Kardashian.

On one hand, it makes sense that Swift would feel extremely hurt by the experience, and may want to use that feeling to relate to experiences her fans go through, such as getting picked on in school. But doesn’t bullying come down to a power imbalance? Isn’t Swift on the same playing field as Kardashian, and with her millions of loyal fans, certainly more powerful than any other commenter who joined in?

It can become surprisingly complicated. “If you’re in the position of Taylor Swift, and someone posts a snake emoji because you’re in a feud with a Kardashian, that might affect you seriously and deeply because artists are naturally sensitive people,” Tallarico, a contributor to the website LaineyGossip, said in an interview. “But to turn around and co-opt it as, ‘Well, this is in the same vein as someone getting bullied at lunch in middle school,’ to me, I don’t see the correlation.” 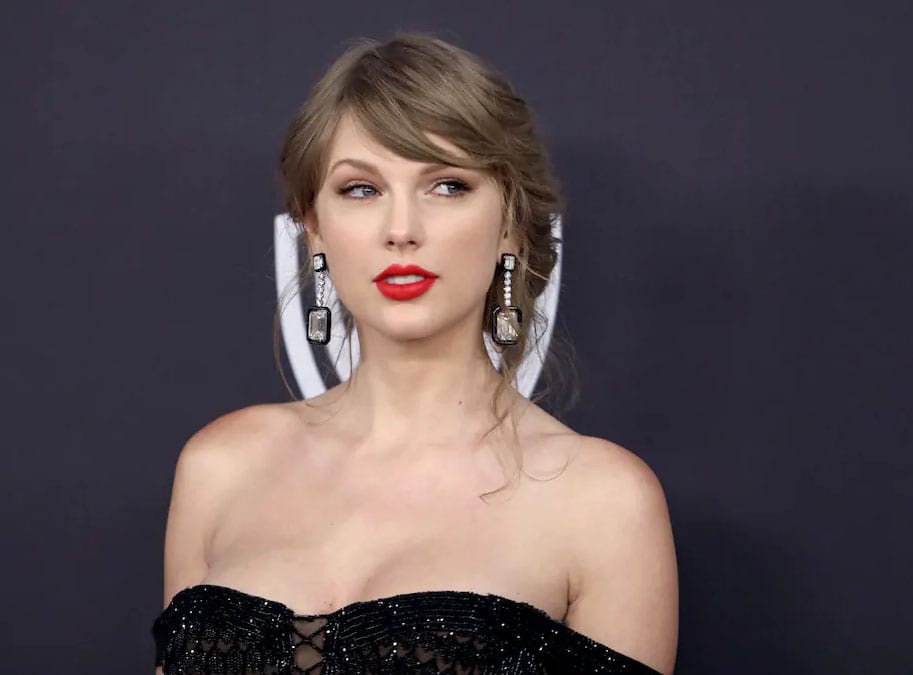 While psychologists say there are subjective elements to bullying vs. criticism, bullying has three distinct components: The first is an imbalance of power; the second is repetition; and the third hinges on intent, which can be difficult to define.

“Intent can become the most murky, in that in all human interactions, we project on the other person what the intention is — and we can’t always tell what they mean, especially when we feel hurt,” said New York psychotherapist Dana Dorfman. Still, she added, “I do think that people overuse the term ‘bullying’ and have almost exploited the term in a lot of ways. Just because our feelings are hurt does not necessarily mean that you’ve been bullied.”

Howard Bragman, a longtime Hollywood publicist and founder of LaBrea.Media, theorized that some in the spotlight have latched on to the idea of bullying because it’s a “hot topic”: It’s an epidemic in schools and the workplace that has received a spike in attention in recent years, particularly because of the damaging effects of cyberbullying.

“Celebrities also say ‘fake news’ a lot. They pick up what’s on the news, and they grab it and hold on to it as something to help define a situation when it may not be accurate at all,” Bragman said.

In January, billionaire and former Starbucks CEO Howard Schultz tweeted a line that resonated with him from a Wall Street Journal editorial about his possible presidential run: “They’re trying to bully Mr. Schultz out of running, but along the way they’re mak­ing the case for why he should.”

Of course, this dismisses people with real concerns about his qualifications and ideas. “Been a real treat to watch ‘bullying’ become a catch-all term for legitimate criticism of the powerful,” Daily Beast reporter Kelly Weill wrote, quoting Schultz’s tweet, which has been retweeted about 1,800 times.

Examples are all over the map: Megan Fox once equated fame with being “bullied by millions of people constantly.” Kanye West said he was “bullied” backstage at “Saturday Night Live” for wearing a “Make America Great Again” hat. First lady Melania Trump has said she’s “the most bullied person” in the world. Dan Reynolds of Imagine Dragons, who has taken great offense to harsh critiques of his group, called the negativity aimed at bands such as Creed and Nickelback “nothing different then [sic] bullying.”

Cleveland Indians pitcher Trevor Bauer recently defended himself to Sports Illustrated after he got in a Twitter feud with a college student who called him her “new least favorite person in all sports,” and said he sees himself as a role model because he shows it’s okay to “stand up to a bully.” 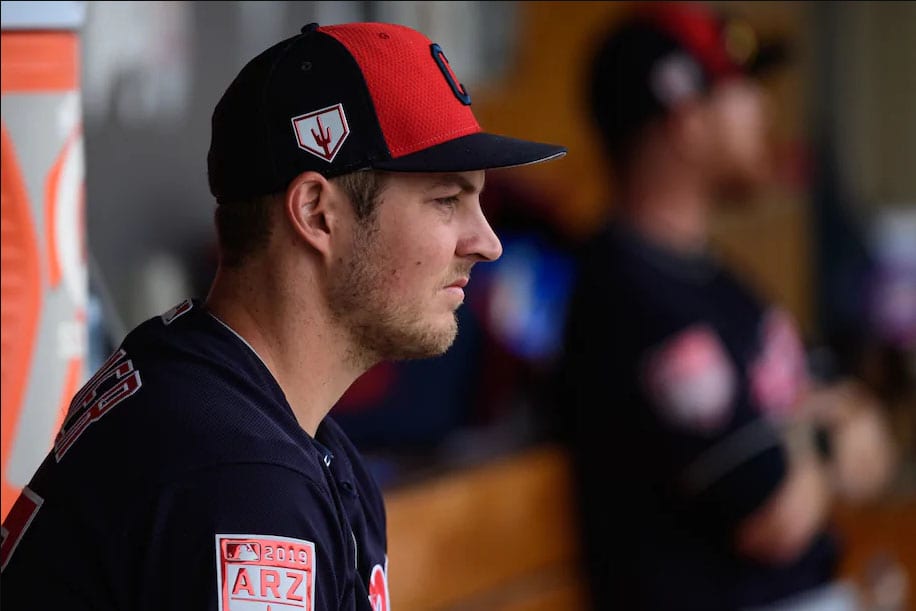 “When someone goes out of their way to tweet me that I’m a piece of s— or whatever, that’s a bully,” Bauer said. When the reporter wondered whether an anonymous college student on Twitter really counts as a bully, Bauer said, “It probably isn’t smart. It probably isn’t ideal. I don’t go out of my way to harass anybody. But, I mean, if you’re going to come at me, that’s just what I do.”

Famous people who spend a lot of time online become especially defensive; experts point to the explosion of social media for the increase in conflating bullies with critics. After all, bullying has been around forever. Now, there are just more opportunities for anyone to weigh in on any subject they want, and it’s far more likely the intended target will see or hear the criticism.

The celebrity world has changed: Stars are far less insulated, no longer necessarily behind a barrier of publicists and magazine editors who could help shape narratives. While social media has given A-listers a valuable place to craft their own image, it means they’re more exposed and vulnerable. If they make a mistake, they won’t just hear about it from their publicist or manager. They just have to click on an app to see a tidal wave of negative opinions, even from a vocal minority.

“On social media . . . even if it’s well-intentioned, the things people write are so abbreviated,” said Mathias Klang, a Fordham University associate professor of communications and media studies, who specializes in digital culture. “The problem is that, individually, it could be criticism — but when there’s 100,000 people all tweeting that you’ve done something wrong, it definitely feels like bullying.”

Again, cyberbullying is real — but even if a celebrity isn’t technically being bullied in the literal sense, on a public relations level, blaming “haters” is a classic form of “offense is the best defense.” If you attack your attackers, it can spin the news cycle in your favor. However, the real danger is that if bullies are blamed for everything from bad press to an unflattering review, that undermines people who are actually facing true harassment.

“Not to say celebrities’ [feelings] are invalid if they feel a certain way when they’re offended,” Tallarico added. “But we need a new word for it.”