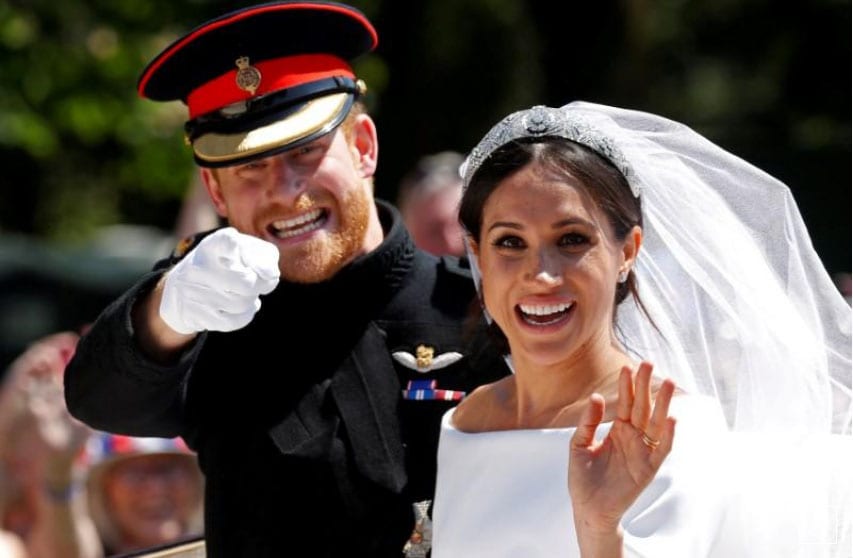 Obamas, not Kardashians, likely to be model as Meghan and Harry seek fresh brand

But the couple, formally known as the Duke and Duchess of Sussex, should move wisely to make themselves financially independent in a world where social media influencers like Kim Kardashian reign and where their visibility will be magnified rather than reduced, branding experts and Hollywood observers say.

“Brand Sussex is a global brand and could end up making an absolute fortune, from public speaking to Meghan reinventing her lifestyle blog, to merchandising or brand endorsements,” said Nick Bullen, editor-in-chief of True Royalty TV.

Harry and Meghan shocked Queen Elizabeth when they announced on Wednesday they wanted to lead a more independent life, and finance it themselves.

Meghan’s background as an actress on the U.S. television show “Suits” immediately prompted speculation she could return to acting.

But the range of options open to them is far wider. It could include establishing an independent production company to make television shows, documentaries, podcasts or movies along the lines of the Higher Ground company formed by ex-President Barack Obama and his wife Michelle.

Harry already has teamed up with Oprah Winfrey to produce a forthcoming documentary focusing on mental health for Apple’s new streaming service. Apple declined to respond to queries about further collaborations with the prince.

“The Obamas are a great model for how to make money and keep it classy. They could find projects that are moving and sometimes Meghan could be in them. If it’s a documentary, maybe Harry could narrate it,” said veteran Hollywood public relations strategist Howard Bragman.

Bragman said the pair should be judicious about their choices because “the level of scrutiny they are going to get is going to be ridiculous, and not always fair.”

The booming public speaking circuit in North America could prove to be a lucrative source of income.

“Big name speakers get well into six figures to make an appearance or give a speech at an event. If they choose to pursue that avenue, they would be considered in the top echelon of speakers,” said Jeff Jacobson, co-founder of Canada-based Talent Bureau.

Meghan has considerable clout in the fashion world. Global fashion search platform Lyst in November named her the world’s most powerful dresser of 2019 and last year she launched a clothing collection in Britain to benefit an organization that helps underprivileged women secure employment.

Britain’s Sun newspaper reported on Friday that the duchess was discussing a project with French fashion house Givenchy, which made her wedding dress in 2018. Reuters could not confirm the report.

The “half-royal” duo will also face stiff competition from established celebrities and YouTubers, who can earn hundreds of thousands of dollars from a single endorsement on social media.

“Harry and Meghan have a combined Instagram following of 10 million, which is eclipsed by the likes of (soccer player) Cristiano Ronaldo with nearly 200 million,” said Los Angeles branding expert Jeetendr Sehdev, author of “The Kim Kardashian Principle.”

Building a social media following means being candid, fearless and transparent. “That is a challenge for the royal family because they have always tried to be the most neutral people,” he said.

“The Meghan and Harry brand is like a start-up. There is lots of potential but no proven value yet,” Sehdev added.

Bragman however said that the mixed race couple “are very representative of what brands are looking for today.”

“If Harry and Meghan call you up and say, ‘Hey, we’d like to have a meeting to talk about a project’, who’s not going to go to that meeting?,” he said.