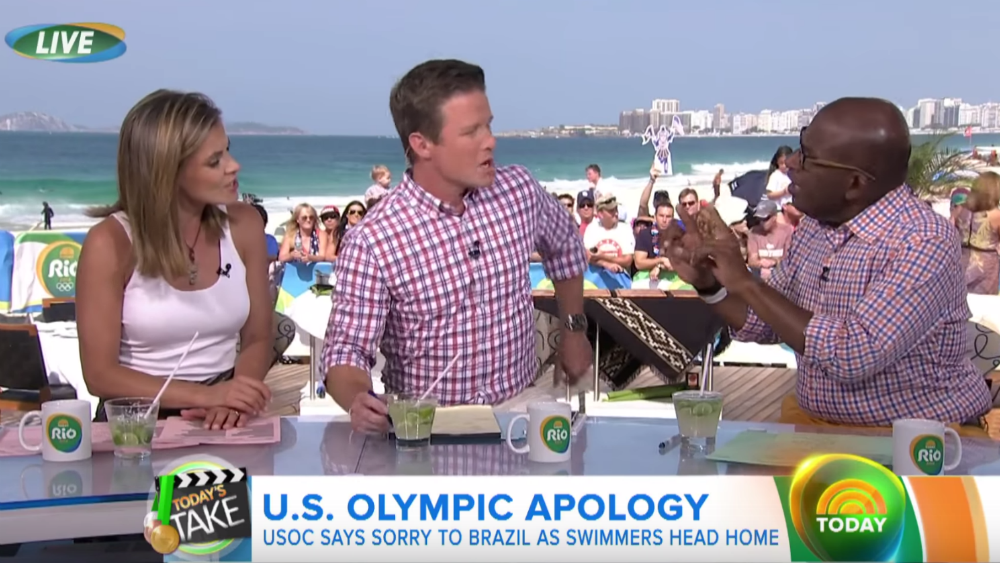 One of the more colorful, and perhaps apt, descriptions of public relations professionals is the term, “apologist.” While I’m willing to confess that I don’t love the term, I am willing to own it—particularly since I spend much of my time counseling clients in crisis and controversial situations akin to the ones celebrities from Billy Bush to Ryan Lochte (disclaimer: not my clients) find themselves in these days.

Based on my nearly four decades in my profession, I’m going to share some thoughts and practical advice on when and how to apologize. Clearly, my expertise is in public apologies, but many of the same rules apply for private apologies.

The first thing to understand is how we got to this place where apologies are graded like an Olympic diver. I see three key factors:
1. We live in an ever more transparent world. Due to emails, texts, hackers and technological “advancements,” our transgressions are splayed out there for the world to see—no statute of limitations
2. Social media has taken small (and large) moments and amplified them and given average people, not just professional observers, a forum to express their opinion—usually outrage
3. The polarization of our society has intensified our outrage and the media loves controversies—increases the odds that a moment can become momentously bad.

Let me be perfectly clear: there are good and bad apologies, and frankly, a bad apology may be worse than no apology at all. The pop culture landscape is littered with celebrities whose apologies had so many equivocations that they remain forever mired in their worst moment.

When confronted with a “bad moment,” we in the PR business have to ask ourselves if we risk making it bigger by commenting or if it has grown to critical mass and we need to deal with it before it gets out of control. A third option, which is often used when a situation is breaking, is called, “watchful waiting.” Like going to a medical doctor with a small ailment, the belief is either that it will resolve itself or get bigger.

An apology does four key things:
1. It means you accept responsibility
2. It means you have remorse
3. It shows that you understand that your words or deeds caused someone else a measure of pain
4. It means that you wish to retain a relationship with the offended party and you’re committed to moving on

One of the most difficult challenges is convincing public figures to make good apologies. I hear excuses: they did XYZ, it happened long ago, we were drunk, so and so did the same thing and no one said a word, etc. It’s my job to dispel that noise and get them to apologize correctly.

The worse thing one can do in an apology is to offer excuses. It mitigates exactly what you are trying to achieve, diminishes the sincerity of your words and decreases the likelihood of acceptance and a positive outcome.

My macro theory is this: An apology doesn’t mean you’re 100% wrong; it means you’re 100% committed to moving beyond that issue. In order to do this, you must take 120% responsibility; in other words, fall on the sword.

So how do you apologize correctly? You say, “I’m sorry,” and convey that you have remorse over my deed. You own it without equivocation. You make amends to correct the situation with a meaningful gesture. It can be as broad as, I have learned my lesson and will never do it again, or as specific as the situation demands.

An amplifier we often use in Hollywood is a contrite act: donating money to a cause which was particularly offended; going to sensitivity classes to consider one’s misdeeds; going to a form of rehab; or doing something positive for the injured party.

After the apology it’s crucial to know that forgiveness is not an on-off button; it won’t happen instantaneously. But if done correctly and sincerely, it will happen.

If you’re a public figure or a senior executive, I would recommend getting advice to make sure this goes well. An attorney can help ensure that you don’t put yourself in a compromised legal position by making an apology and a competent communications pro can make sure that what you’re intending to do and say are matched by your words.

When offenders own their mistakes, express true remorse, perform an act of contrition and an appropriate amount of time passes, they are almost always forgiven. Deep down we all know we are human, by definition flawed, and I believed we are hard-wired to forgive.

And finally, and most importantly, learn from your mistakes. For sure, we will all make new mistakes, but making the same error multiple times decreases the likelihood people will forgive you and allow you to move on.