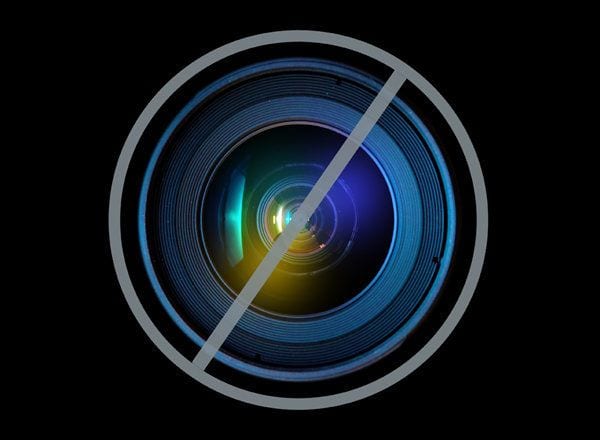 You can’t turn on a television set, read a newspaper or surf the Internet without reading about another celebrity, company or politician in crisis. Not only do all our celebrities seem to get into trouble, but ironically, getting into trouble can actually turn people into celebrities.

How did we end up in this surrealistic Neverland where a celebrity who behaves never gets any heat, yet a seemingly minor transgression can set the blogosphere on fire? When did all the rules change? And can it be fixed?

There wasn’t one thing that changed — everything changed. It’s a perfect storm of mayhem that forces the media to hold onto a transgression like a puppy holding a sock, tearing it apart just as ferociously.

Many people identify the 24-hour news cycle as the birth of the world we are now in. But while the proliferation of news outlets is certainly a contributing factor, it is, in fact, just one of many causes.

HOW DID WE GET HERE?

Let’s dissect the major trends that got us here. First and foremost — it was the death of privacy. This is now an utterly transparent world; and let’s face it — privacy is a thing of the past. There is no such thing as a private email, text message, photograph, video or intimate conversation between friends. Those days are gone. Clearly, what happens in Vegas gets posted on TMZ.

Second, dramatic changes in the media are fueling a culture of crisis and curiosity. In fact, the media’s own livelihood and prosperity depends on it. There are three essential parts to this media shift: 1.) mainstream media and their dependence on ratings; 2.) the boom in the blogosphere; and 3.) the explosive spread and power of social media.

Mainstream news media used to be separate divisions of major companies. That meant that they weren’t held to the same profitability standards as entertainment divisions or other areas within those companies. The demise of the viewership at the major broadcast networks, the growth and competitiveness of the 24-hour news outlets, the rapid and devastating decline of the print newspaper and magazine business, and the downturn of broadcast radio have changed the rules for everyone.

News organizations must be profitable to survive and that profitability leads to a different set of news judgments. Now, the question is not: Is this newsworthy? Instead it’s: Will it get eyeballs, sell papers or initiate click-throughs?

Just one example: throughout every war in our history, war coverage has dominated the news. After more than a decade of U.S. involvement in Iraq and Afghanistan, it’s actually possible to read a major newspaper or watch a network newscast on any given day and not even know there’s a war. This has never happened before in history.

Major news outlets used to pride themselves in not ‘tipping their hand.’ A good story was one that was ‘fair and balanced’ and let the viewer/reader decide where they fall on a given issue. No longer. That basic lack of balance at many news organizations is a Petri dish for a volatile environment. The truth is not the only point of view, it is merely one point of view of many bantered about.

Since the name of the game is to aggregate an audience of like-minded thinkers, these organizations take stands. Sometimes bias is subtle, sometimes outrageous — but it’s usually present and viewers seem drawn to news outlets whose leanings parallel their own.

In 1997, the term ‘blog’ was born and there were just a handful of them. Today there are more than 150 million and a new one pops up every second. That is one hungry beast to feed. Bloggers run the gamut. Some are respected, award-winning journalists of the highest credentials. Others are out of whack slime, sitting in their boxer shorts in their studio apartments, waiting for the next tidbit to come in. There are no ‘standards and practices’ or ‘legal review’ or ‘statute of limitations’ in most of the blogosphere. In this new curious and dangerous world, speed trumps accuracy and being only 50 percent accurate is considered an acceptable average.

Blogs don’t become known for the stories they get wrong. They are known for the few times they get it right. Matt Drudge of his namesake Drudge Report aggregated millions and built his brand by breaking the Monica Lewinsky scandal. TMZ has similarly led the field with accesses and speed to posts that have helped the brand become a major business both online and on television.

Fairness isn’t always entered into the equation and the way these “news” outlets get their information is not something that would be acceptable to most mainstream outlets. But in the blog world they are much more interested in the information they receive than how they get it. And in our world it seems that every waiter, valet parker, store clerk and hospital orderly is willing to sell a juicy tidbit for the price of dinner for two at Outback Steakhouse.

The third game-changing factor is the birth and stratospheric growth of the social media. You know them as Facebook, Twitter, Youtube, MySpace and dozens of others. PR people know them as nightmares. Social media is a world where facts rarely get in the way of a good story; where rumors travel at the speed of light; and where every group with a point of view can mobilize its members to respond at the drop of a keystroke.

In other words, it’s not just a PR disaster waiting to happen — it’s a PR disaster that has already happened. On Facebook alone, each person is allowed up to 5,000 ‘friends,’ and celebrities, by any definition, can create a “like” page with unlimited membership. Twitter is much the same but even faster and more immediate. Ashton Kutcher has followers that number in the millions — even more than CNN. And his followers are waiting breathlessly for his every 140-character message.

Like the blogosphere, social media rely on virality. That is, how fast and how far can a story travel and how much impact will it have.

Another mega-factor in this culture of crisis is the very concept of celebrity itself. We used to know celebrities — they were on television shows, in films and they played sports or they ran for office. Now, there are more paths to celebrity than ever before. There are media celebrities, reality show celebrities, YouTube.com celebrities, sex tape celebrities. More roads to fame equal more celebrities equal more possibilities for trouble. And these aren’t the studio-bred celebrities like the days of yore who were trained in how to behave, act and give interviews.

This is a new generation where fame is the goal and an achievement onto itself. It is not only attainable, it is viewed as noble and most seekers of fame are less concerned with how they got there than the fact that they are there at all.

Finally, we live in a culture that is more politicized than ever before. We are an incredibly diverse world and politicians and special interest groups make money and gain power and influence by exploiting our differences.

You can bet that a celebrity who says a slur will not only be on an advocacy organization’s website within moments, but that they will be Tweeted about, Facebooked, used in fundraising letters, demonized at events and demoralized in news releases.

This ‘perfect storm’ can be a perfect nightmare for celebrities, corporations and any organization or individual that has ever confronted it. Ask the Susan G. Komen Foundation.

Other factors are at play too. One of the most irritating issues with media today is that few of them try to differentiate between a controversy and a true crisis. Good copy is good copy and the ultimate impact of the event can’t get in the way.

The “Y Generation” is thin-skinned, can’t take criticism, has a sense of entitlement and forgets the basics like “please” and “thank you.” Study after study shows that among young people there is unwillingness to take basic responsibility and live in a world based on morality. In fact, they are drawn to celebrities who have had their own crises or moral dilemmas. Where did our basic manners go? When did we stop respecting each other?

Finally, we live in what I call the “feedback society.” Everyone has an opinion and they all think we care about what their opinions are. These come in the form of emails to television networks, comments on blogs, and even death threats to the offices of elected officials. I am a person who often talks to the media with my opinion on issues of the day. I have talked to dozens of others in the same situation. We are all frustrated by these anonymous postings and snide remarks. Most of us liken it to writing on bathroom walls. This ‘social distancing’ makes it easy for people to post things online that they would never say in person — with impunity.

This is not a pretty picture, as you can see, but it’s the media landscape we’re operating in.

So how does a consumer of media deal with this not-so-brave new world? By following the same tried and true rules we’ve all learned, but perhaps forgotten, at one point in the past:

It’s work to cull through this much information to get to the truth. But the good news is that more information is available than ever before, all positions will be heard and the truth will still set us free.