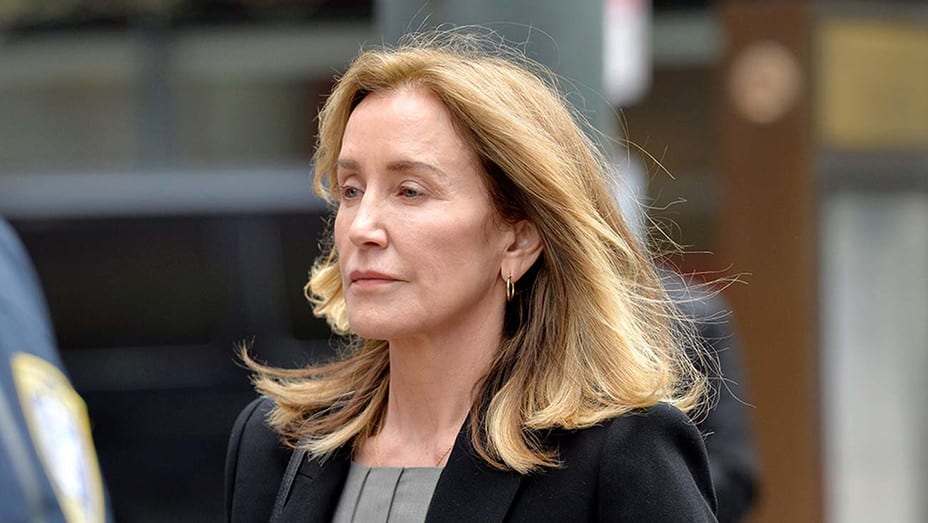 “Felicity, from a PR point of view, has played this pitch perfect from the very beginning, I don’t think there’s any room to criticize her,” said consultant Harold Bragman in response to Martha Stewart calling Huffman’s look “pretty schlumpy.”

Just how “schlumpy” is Felicity Huffman’s prison wardrobe? Quite a bit, according to former inmate Martha Stewart.

“She should style her outfit a little bit more. She looked pretty schlumpy,” Stewart said Tuesday at Vanity Fair‘s New Establishment Summit in Los Angeles. Huffman is currently serving out her 14-day sentence for her involvement in the nationwide college admissions scandal, for which she was accused of paying $15,000 for someone to correct her daughter’s SAT exam.

Photos emerged this week of the actress at the Federal Correctional Institution in Dublin, California, wearing a teal jumpsuit, accessorized with a white baseball cap, glasses, Under Armour sneakers and a large watch on her wrist. (A rep for Under Armour tells The Hollywood Reporter that they do not have a brand affiliation with Huffman.)

It’s quite the departure from the 56-year-old star’s red carpet style (recall her custom shimmering Laura Basci gown from the 2019 Golden Globes) or even that of character Lynette Scavo on Desperate Housewives.

But longtime crisis manager Howard Bragman tells The Hollywood Reporter that Huffman is playing the public relations game perfectly and defended her outfit against Stewart’s comments. “I thought that was really disrespectful and hurtful of Martha Stewart to criticize her, particularly Martha Stewart of all people, having gone to prison. To me, that’s a lot of chutzpah,” says Bragman, founder of PR consultancy company LaBrea.Media. “Felicity, from a PR point of view, has played this pitch perfect from the very beginning. I don’t think there’s any room to criticize her.”

Aside from taking a shower, washing her face and cleaning her clothes, Bragman doesn’t think Huffman “should be going for anything” style-wise while incarcerated.

Bragman believes Huffman will get out of prison and will resume a career fairly quickly because of her top-notch publicity strategy full of contrition and humility, explaining that she can put this behind her as simply a “painful learning experience.”

“Once you serve your time, people want you to succeed. Martha Stewart saw that. There’s an effect once you get publicly humiliated, people feel bad for you,” he says. “This will be studied in PR textbooks for years to come. Felicity will be lauded for how it is done.”

Orange Is the New Black actress Danielle Brooks also weighs in, telling THR, “She has two weeks. She’ll be fine.” As someone who spent her fair share of time in a prison uniform playing the character Taystee on the Netflix show, Brooks didn’t have many fashion tips. “Taystee really didn’t do anything extra,” Brooks says.

Of course, the true expert on prison chic is costume designer Jennifer Rogien, who dressed the likes of Taylor Schilling, Laverne Cox and Ruby Rose on Orange Is the New Black. So is green the new black? Netflix declined to comment.

One thing’s for sure: It could make a fabulous Halloween costume.